12 potential Biden tax changes to keep an eye on

Twelve Potential Biden Tax Changes to Keep an Eye On
There may be only a brief window to take advantage of expiring traditional planning tools. 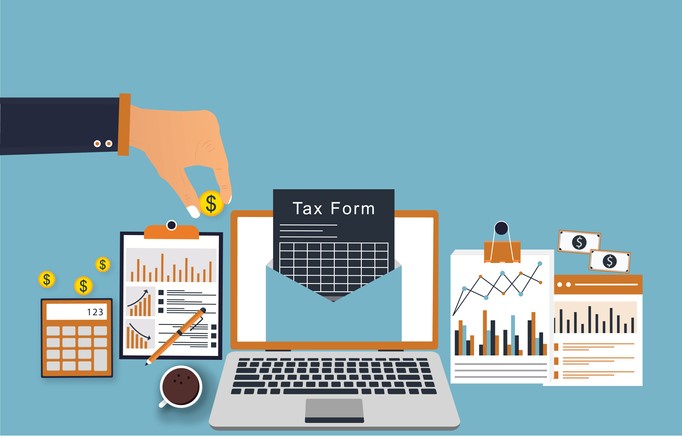 Wealth Management Magazine Online
Wealth Planning > High Net Worth
Simon Levin and Donald A. Kress | Mar 18,2021
President Joe Biden used the budget reconciliation process to push through his recent COVID-19 relief package, a powerful avenue that's only available once a year.
Well, the next federal fiscal year begins on October 1, 2021, and budget reconciliation will become available again, which means Biden and the Democratic Party-controlled Congress will have the opportunity to press forward with their proposed changes to the tax laws. Such changes would likely come into effect in 2022, but there remains the possibility that some could be made retroactive to earlier dates, which would vastly complicate things for clients and advisors alike.
So, what are the key potential tax changes under discussion on which advisors should keep an eye?
First, reducing the federal estate, gift and generation-skipping tax exemption from $11.7 million to $5 million or perhaps even down to $3.5 million. Any such reduction in the exemption could be retroactive. Thus, it is imperative that clients consider using their $11.7 million exemption as soon as possible and that you carefully structure any such planning to insure that clients are not subject to a large federal gift tax if the reduction in the exemption is, in fact, made retroactive. It is also possible that federal estate tax rates might be increased on some sort of graduated scale from the current 40% rate up to as much as 77% on extremely large estates.
Second, eliminating certain discounting techniques. Discounting from the market value of limited liability partnerships or corporations due to minority interests, lack of marketability, etc. has been a very effective technique in the past to reduce such asset values by as much as 30-40% for gift and estate tax purposes. We may also see substantial cutbacks in or the elimination of discounting techniques using deferred gifts in trust, such as Grantor Retained Annuity Trusts ("GRATS"), Charitable Lead Annuity Trusts (CLATS), Qualified Personal Residence Trusts (QPRTS) and Charitable Remainder Trusts (CRTS).
Third, taxing grantor trusts (sometimes referred to as intentionally defective grantor trusts (IDGTS)) in the grantor's estate. Currently, such trusts are considered owned by the grantor for income tax purposes, but at death, the IDGT is not includable as an asset of the grantor's estate for estate tax purposes.
Fourth, eliminating the step-up in tax basis at time of death. Currently, the taxpayer's unrealized capital gains at time of death are not subject to capital gains tax and the beneficiaries of the estate receive a new basis in those assets equal to market value as of date of death. Furthermore, if the asset is depreciable, such as real estate, the beneficiaries can take depreciation deductions based on the new stepped-up basis. We might see an attempt to revert to the "carryover basis" concept, where the beneficiaries receive the assets with the same basis the decedent had. Another proposal is that the federal estate tax would be eliminated in favor of recognition of all capital gains at time of death. This is the system currently used in Canada.
Fifth, limiting the generation-skipping exemption to a specific term of years, possibly every 50-90 years, with estate tax payable by the then current income beneficiaries or by the trust itself. This could even be extended to currently existing generation-skipping trusts which have been in existence longer than the 50-90 years. The social policy behind this proposal is to prevent the estate tax free buildup of assets in generation-skipping trusts over multiple generations.
Sixth, reducing the gift-tax-free annual exclusion. Currently, a taxpayer can make tax-free gifts of $15,000 to as many individuals as the taxpayer wishes. Spouses can join in the gifts, which can double the tax-free gift each year to $30,000 per donee. Proposals under consideration would cap the amount of gift tax exclusion which could be used each year to as little as a total of $20,000 to $50,000 for all donees.
Seventh, increasing income tax rates for higher earning taxpayers. The current 37% rate is proposed to move to 39.6% on a graduated scale. Additionally, for upper-bracket taxpayers the long-term capital gains and qualified dividends preferred 20% tax rate might disappear and all such gains and dividends be taxed as ordinary income.
Eighth, capping the benefit derived from income tax deductions and, for upper income taxpayers, the elimination of up to 80% of their deductions.
Ninth, broadening the 12.4% Social Security tax, currently imposed on compensation income up to $142,800, to encompass all such income in excess of $400,000.
Tenth, eliminating tax-free exchanges of real estate under IRC Section 1031. Similarly, the benefit of offsetting taxable gains by investments in "Opportunity Zones" is expected to be curtailed.
Eleventh, similar to real estate taxes, imposing an annual wealth tax requiring the payment of some percentage of one's wealth, but assessed on the value of all assets.
Twelth, limiting the size to which IRA or other retirement accounts may grow, and/or assessing penalties to accounts which exceed such limits.
Certain clients may be best served by taking immediate action with regard to gift and estate tax planning in order to maximize after tax dollars getting to their beneficiaries. This planning needs to occur sooner rather than later. Advisors must pay close attention to the development of tax legislation proposals in Congress and regulations proposed by the Treasury so as to position themselves to act quickly on behalf of their clients when adverse tax legislation and regulations become a reality. Sitting back and watching is not a realistic option. It will require not only acting quickly during this possible window of opportunity to utilize as much as possible the potentially expiring traditional planning tools, but adaption to newly-developing strategic tax and financial planning alternatives.
Simon Levin is a board memeber and Donald A. Kress is senior vice president and chairman of the trust administrative committee, both at Coral Gables Trust company.
Read the article in Wealth Management Magazine