Markets and Estate Planning Considerations
Ahead of the Election

As we approach the elections on November 3, investors are especially concerned about the outcome tied to their political views, as well as the effect the elections will have on the markets and their investment portfolios in particular.  The outcomes in the three branches of government can also have meaningful consequences with regard to income tax planning, as well as estate planning.  This year, the elections are especially critical, since the two parties’ economic platforms are widely apart, and the various tax implications and estate tax exemptions expiring on December 31, 2025 should be carefully considered, as the impact of changes could be large.  CGTC has weighed these matters carefully, and present below our thoughts for review.  We would be happy to discuss our concerns with you personally and assist as you may choose to realign your trust and estate plans, in consultation with your attorney and accountant.  Depending upon your thoughts and needs, there is still time before year-end to accomplish changes to your tax and estate planning. 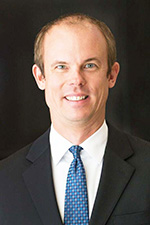 Every election cycle, markets seem to be active in the months leading up to the election as investors position themselves for an eventual outcome.  Issues like tax policy, regulation/deregulation, health care and several other important items can be market moving topics, so it is natural to expect that markets will become more volatile.  Higher volatility and uncertainty increase the urge to want to do something within an investment portfolio.  However, should investors do something drastic ahead of an unpredictable event like an election?   History shows making dramatic moves ahead of an election might not be a smart thing to do.  In fact, over the last 50 years, research has shown that the makeup of Congress has been a better predictor of market returns as opposed to who is in the White House.  A split Congress has provided the most beneficial market outcome among the three scenarios.  However, all scenarios delivered positive average returns.

One could certainly argue that this year is different due to the COVID-19 pandemic.  Investors should keep in mind that due to the pandemic there are several measures in place that have historically shown to be market positive.  First, the Federal Reserve, Treasury and Congress have been instrumental in supporting the economy with a variety of stimulus efforts that have amounted to over $6 trillion.  This is expected to only get larger as the economy still needs assistance in its recovery.  Secondly, we have been reassured by the Federal Reserve that interest rates will remain near zero until 2023.  Third, there are over 100 companies diligently working on vaccines, anti-virals and therapeutics and the expectation is that we will have a distributable remedy sometime in 2021.  These thoughts in addition to historical market returns during normal election cycles make a compelling argument to not make knee-jerk changes within a high-quality diversified investment portfolio. 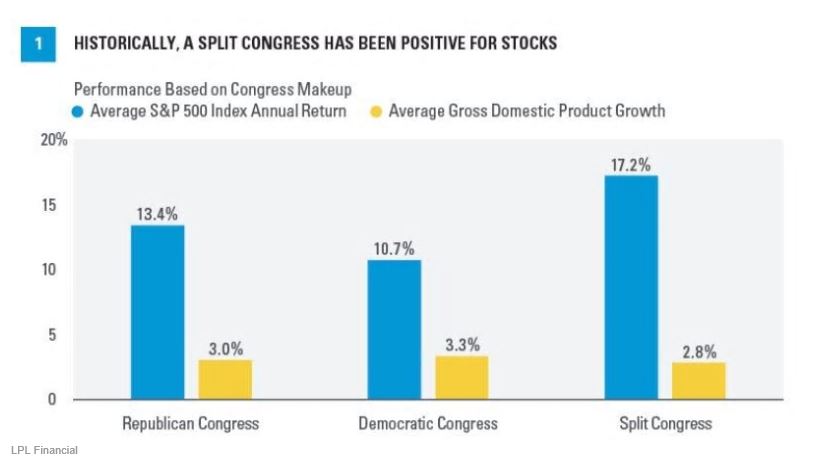 There’s a lot going on during any normal election year, but fittingly, this time seems different. Of course, when it comes to investing, unless you have a crystal ball, predicting in politics can be risky. Indulging political fears or expectations by making major changes to your investments can be particularly damaging.  Historical trends about stock market performance before, during, and after presidential elections can help set expectations for wary investors about what has happened in the past. Below is a chart that illustrates what the S&P 500 has done in various points of time immediately before and after the election based on the incumbent party winning or losing.  What is interesting is that the market seems to have a brief sell-off in the immediate months after the election result but on average has been higher a year later in both cases. 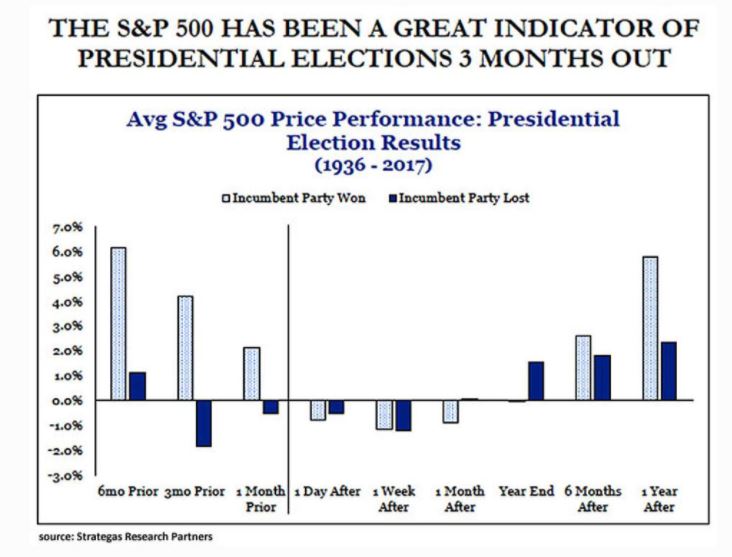 Again, past performance is not a guarantee of what will happen this year but having an 80-year history as a guide can be quite helpful.

Irrespective of where your political sympathies lie, it is generally accepted that if the Republican Party wins the upcoming presidential election and maintains control of the White House and the Senate (“Scenario A”), the status quo regarding income, gift and estate tax planning will continue. If the Democratic Party wins control of the White House and the Senate, as well as maintains control of the House (“Scenario B”), most likely taxes will go up. Depending on who you believe is going to prevail, but particularly if you think it could be the Democrats, there are specific tax planning measures you should be considering.


A.  Estate and Gift Tax Planning – All of the techniques referred to herein are currently in use in the ordinary course of good estate planning. Under Scenario B above, these techniques are in danger of being curtailed next year and any such tax legislation could be retroactive to January 1, 2021. Therefore, they require immediate consideration.


1.  Federal Estate and Gift Tax Exemptions – There are currently exemptions from Federal estate, gift and generation-skipping taxes of $11,580,000 per person ($23,160,000 per couple). These amounts are adjusted for inflation until they sunset on December 31, 2025 and revert to $5,490,000 per person ($10,980,000 per couple). Notwithstanding that it is always advisable to use exemptions sooner rather than later and allow assets to grow outside of a couple’s taxable estates, it is imperative that they consider using their exemptions before the possibility of Scenario B occurring, when these exemptions could be greatly reduced or terminated effective as soon as January 2021. Transfers using the exemptions can be made outright or, considering the potential amounts of assets involved, in long-term, virtually perpetual trusts.

2.  Discounting Techniques in Conjunction with The Use of Exemptions - Gifting and the use of exemptions are enhanced using assets that can qualify for discounts to market value because of such things as minority interests, lack of marketability, etc. Discounting is extremely advantageous, making it possible for gifts of substantially more underlying value to be made. Discounts can run as high as 30%-40% if using interests in closely held businesses.

4.  Family Investment and Business Entities – Under appropriate circumstances, where there are viable business reasons, etc., family investment and business entities can be formed and interests then transferred at varying discounts depending on the nature of the assets.

5. Offshore life Insurance Planning – Accumulation of wealth offshore, either through the use of foreign life insurance or domestic life insurance held by a domestic trust distributing to a foreign trust, should also be considered in specific circumstances.

B.  Income Tax Planning – Under Scenario B the potential is for income taxes, including capital gains taxes, to increase whereas under Scenario A, the possibility exists that they might be decreased or at least stay the same.  In addition, under Scenario  B, it is possible that  the use of certain itemized deductions will be curtailed.

1.  Income Tax Brackets – Unlike estate tax planning that requires some lead time, there will be time after the November election results to take actions suggested under Scenario B which can be implemented before year- end. In such case, consideration should be given to accelerating income into 2020. Under Scenario A, consideration should be given to deferring income to 2021.

4.  Roth IRA Conversions – If a possible increase in income tax rates is anticipated, the opportunity to convert traditional IRAs and 401(k)s to a Roth IRA should be considered.  Unlike traditional IRAs and 401(k)s, distributions from Roth IRAs are tax-free and there are no required minimum distributions.  However, when converting, current income taxes must be paid on the amount converted.

C.  State Income Taxes – In addition to election turmoil, certain states are suffering disproportionately from severe budget deficits and have very high income tax rates. If not already done, accelerate consideration of changing residence/domicile to states with no income taxes and no estate or inheritance taxes.