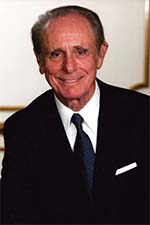 Simon Levin is the Chair of the Tax and Financial Planning Practice Group at the law firm of Sills Cummis & Gross P.C. He has over forty years of experience with creating, conserving and preserving wealth for businesses and high net worth individuals.  Mr. Levin received his B.S. Degree, Cum Laude, from Lehigh University in 1964 and thereafter his law degree and LL.M. in Taxation from New York University. He is a member of the New Jersey and New York Bars and has served as Chairman of the Tax Section of the Essex County Bar Association for two years and as Chairman of the Commodities Section of the New Jersey State Bar Association from 1982 to 1986.  Mr. Levin is also an “Accredited Estate Planner” as designated by the National Association of Estate Planners and Councils, as well as a Fellow of The American College of Trusts and Estates Counsel. Mr. Levin is the Global Law Experts 2017 and 2018 Award Winner for Financial Planning Lawyer of the Year (New York).”

Mr. Levin was appointed by Governor Christine Todd Whitman to her Department of Treasury Transition Team, after which he served as a member of her State Treasurer's Advisory Group. Mr. Levin was a captain in the U.S. Army and served with the 11th Armored Cavalry Regiment in Vietnam and USARV from 1968-1970. Mr. Levin served as Civilian Aide to the Secretary of the Army from 1992 to 1995.

Mr. Levin has an extensive history as an officer and board member of, advisor to, and attorney for numerous public and private charitable organizations. This includes, among others, President, Jewish Community Foundation of MetroWest (where he received the Leadership Award and the Council of Jewish Federations' Endowment Achievement Award and, with his wife, continues as sustaining members of the Lester Legacy Society); Chairman of Israel Bonds of Metropolitan New Jersey; and Founder and President of American Friends of Whistler. He was also appointed to the New Jersey State Commission to establish The New Jersey Vietnam Veterans’ Memorial and Vietnam Era Museum and Educational Center and served for ten years on its original Board of Trustees. He served for many years on The Monmouth Hospital Foundation Board of Trustees and as Co-Chairperson with his wife, Bonnie, of its Legacy Society.  For his charitable work and community service, Mr. Levin was given a New Jersey State Senate Commendation, and awarded the prestigious New Jersey Meritorious (1995) and Distinguished (2003) Service Medals.

He and his wife have undertaken the formation and Chairmanship of the “Photography and Video Arts Council” at the Perez Art Museum Miami (“PAMM”). He joined the Board of Coral Gables Trust Company in 2020 and resides in Miami Beach, Florida.